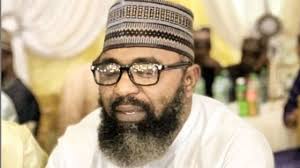 Biography Of Ibrahim Maishuku,Family,Daughter,Movies,Wife,House,Net Worth

Ibrahim labaran maishuku is popular known as Ibrahim maishuku He is a well-known. His stage name is Maishuku.

He is one of the gentle talented and influential actor in Northern Nigeria from kannywood industry, he is joined the kannywood in 1998.

And letter proceeded to Gwammaja I Secondary School for his junior secondary school education in the year 1990-1992.

He eventually left to Gwammaja II Secondary School for the continuation of his secondary school education in the year 1992-1993.

Maishunku obtained an NCE certificate in the year 1997-1999. The charismatic actor top studying because of his work.

Ibrahim Maishuku lost his father; Alhaji Labaran Maishunku on 2nd of January 1997, some few months before he became an actor.

Ibrahim Maishuku is now survived by his lovely mother; Hajiya Aisha labaran maishuku, and his siblings. 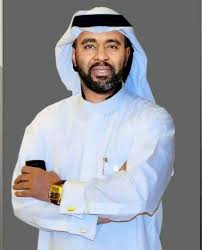 The actor does sneak away from home as 6am to the locations of ‘Saki Reshe’, because then his families were not aware of his intentions to act in a Hausa film.

Maishunku claims his character as ‘Mega’ in ‘Saki Reshe’ is an exact opposite of himself because he never tells people lies. After the success of ‘Saki Reshe, then his childhood friend in person of Imam Ibrahimawa forced him to take a role in Ibrahimawa’s ‘Mugun Nufi’, which the actor took out of friend courtesy rather than profession.

The star actor claims he regretted been on the set of ‘Mugun Nufi’ but felt he owed the producer; Aminu Shariff a turn for his goodness towards him.

After the success of ‘Mugun Nufi’, Ishaq Sidi Ishaq an acclaimed film guru called Maishunku and adviced him to venture into film production considering his family’s financially support, which Maishunku gave it a trial and these, gave birth to ‘Hujja’.

A blockbuster film with a unique story line, a film the star actor claimed has been rewarding financially.

Maishunku is an actor with loads of talent, this is evident with the hit movies he directed which include; Marhaban, Wa’azi, Akiba and Tangarda.

Maishunku is at the peak of success, the actor was responsible for producing some of the most sought after films; Hujja, Tangarda, Lura, Akiba and Madadi to mention a few.

Maishunku has tasted success in all ramifications from a happy and successful family to a high rising career in acting, while in Saudi Arabia in the year 2003; the actor was awarded the best actor by Kano State Censor Board, and this is just the beginning for a multi-talented actor, and he’s also nominated in many awards and he’s also win many awards. 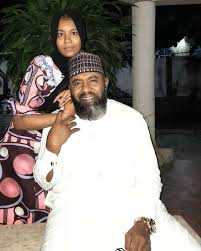 Ibrahim Maishuku is happily married to beautiful and understanding wife; Zainab, a Diploma holder in Accounting and Auditing at Bayero University Kano (BUK).

Zainab has proved the saying that ‘behind every successful man there is a woman’, a lady of true feminine virtues, Zainab have supported her husband in all ways a man needs to be supported in pursuing his career. 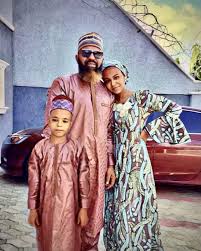 Maishuku and his wife zainab Allah blessed them with 2 cute child a daughter and a boy, maishuku loves his family more.