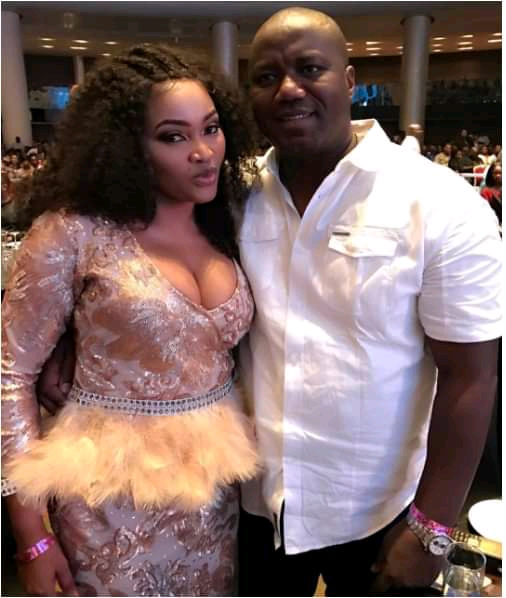 this was reported on Instagram page on Monday, where she issued a stern warning to the new couple as regards posting pictures and videos, taken in the said house.

however the mother of four claimed she spoke with the couple privately before publicly criticising the actress’ social media posts, which included pictures and videos taken in the house furnished with her “hard-earned money.”

In now-deleted posts, she shared private chats in which she warned her husband saying,

the next time Mercy makes another post in that house that I furnished with my hard-earned money, and posts it on social media, my next move will be brutal on this so-called social media towards both of you.

He wrote, “I have read many things that have been written about me and my family.

Many of which are fabricated lies and some directly from my first wife (which understandably is angry I married a second wife).”

He also Said In as much as there is nothing bad in husband and wife building house together, in my case, we did not. I built the house by myself.

Adeoti also explain that, while his first wife had provided some furnishings for their home, he had reimbursed her for a portion of the costs.

“When I was furnishing the house, she bought some furnishing materials and part of the money I have refunded.

And My second wife had added some furnishing to the house as well.

FIRST NIGERIAN ARTIST TO DEBUT NO. 1 ON BILLBOARD HOT 100