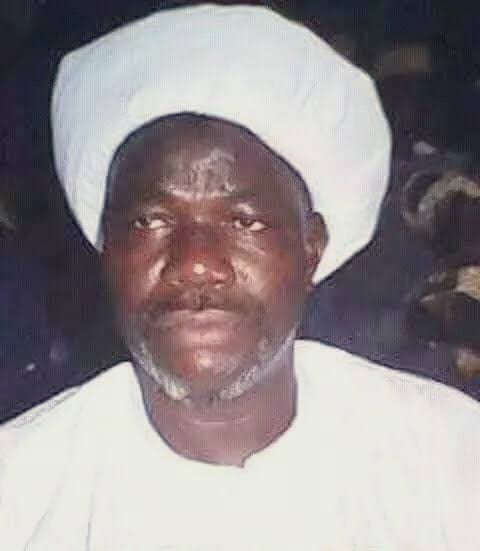 Who Is Sheikh Saeedu Enagi

Sheikh Saeedu Enagi who hailed from Enagi, the headquarters of Edati Local Government in Niger State, was born in 1952.

Sheikh Saeedu Enagi father sent him in 1957, at the age of five, to Malam Ndanusa Bida for Qur’anic education. He spent one year with Malam Ndanusa and moved to Ibadan, where in 1958, he met Sheikh Yusuf Lokoja and enrolled in his school; Institute of Arabic and Islamic Studies.

The school was later moved to Lokoja in 1960 where the founder (Sheikh Yusuf Lokoja) finally settled down. On graduation from the Institute of Arabic and Islamic Studies (otherwise and widely called Markaz among graduates of the institute) Lokoja.

Sheikh Saeedu Enagi was sent by his teacher, Sheikh Yusuf Lokoja, to Toto Local Government in the present Nasarawa State of Nigeria as a Malam and da’wah co-coordinator to teach and propagate Islam in that part of the country.

The permission was granted and Sheikh Saeed Enagi proceeded in 1973 to College of Arts and Arabic Studies (CAAS) Sokoto and successfully graduated from the College in 1977 with a Teachers Grade Two Certificate.

Between 1977 and 1983, Sheikh Saeedu Enagi was at the Bayero University Kano (BUK) where he obtained a degree in LLB Shariah and Common law (Combined Honors).

He was at the Nigerian Law School Lagos between 1983 and 1984. Sheikh Saeedu was appointed and served as a judge in 1984 under the Niger State Judiciary.

After serving for four years, he resigned his appointment in 1988 at which time he was the presiding judge at the Shariah court in Agaie, in Niger State.

His reason for leaving the judiciary (or the civil service) was to avail him with enough time to engage in da’awah activities and to look after the center he founded at Enagi in 1980; the Islamic Propagation Group.

Sheikh Saeedu Enagi moved the center, which later came to be known as Ulul Azmi Islamic Institute, to Bida.

The Institute is an educational consortium that operates a Nursery/primary school; a fully-fledged Science Secondary School; a College of Arabic and Islamic Studies which offers Diploma programmes; and a Women Adult Education Center.

Sheikh Saeedu Enagi was the Chief Imam of the Juma’at Mosque of the Federal Polytechnic Bida. He was also the patron of the Muslim Forum in Bida.

The Sheikh conducted Ramadan Tafsir twice daily during every month of Ramadan.

He conducted a morning session specifically for women, which begins at 9am at the Bida Town hall. The other but general session was conducted at Alhaji Dokoci Residence near Dangi along BCC Road in Bida township.

This second session begins at 9pm after tarawih prayers in the night. Both were conducted by the Sheikh in Nupe language.

Sheikh Saeedu’s religious impact, with specific reference to Nupe land, was more in the areas of grassroots da’awah and women liberation through education; a pre-occupation similar to that of Sheikh Uthman Dan Fodio.

In truth, it is not an overstatement to state that the popular use of hijab among women in Nupe country today owes much to the teachings and preaching of Sheikh Saeedu Enagi.

His da’wah and preaching activities took him across regional borders in Nigeria. He was a regular speaker at Islamic forums on campuses of tertiary institutions in Nigeria including those in the south-east, south-south and south-west geo-political zones in the country.

I knew him to be a guest lecturer/speaker at Islamic forums organized by the Muslim Students Society of Nigeria (MSSN) since his undergraduate days at BUK when he used to come to the Niger State College of Education Minna where I was then a student.

One unique feature of Sheikh Saeedu Enagi, which distinguishes it from several Islamic scholars of his background, knowledge and experience, is that he was an articulate, eloquent and inspiring speaker in his lectures, sermons, speeches and preaching.

When he spoke in Nupe, his native language, it was as if Tsoede, the legendary ancestor of the Nupe, brought him up.

If again Sheikh Saeedu stood before his audience to speak in English; even Chomsky, the great linguist, philosopher, cognitive scientist and activist, would not only doff his cap for the Sheikh but shall equally appreciate the rhetorics and semantics in the Sheikh’s choice of words.

This, in addition to the historical and literary perspectives within which Sheikh Saeedu put and explained issues, perhaps, accounted for the large crowed that accompanied his preaching or lecture sessions.

The central theme of Sheikh Enagi’s teachings was the unity of Muslim ummah.

He would always preach and advise Muslims to unite and see themselves as one indivisible entity; disregarding their religio-political affiliations.

He would assert that it is only through unity that Muslims in one voice and with a common front would be able to tackle their regional and global challenges.

His greatest achievement in the service of Islam and humanity, to which he attested to while alive, is believed to be the translation of the Glorious Qur’an in to Nupe language.

He first began by translating the last twenty parts (hizb) of the Qur’an and published same in 1998/1419AH. He completed the translation of the entire Qur’an in to Nupe and published it in 2002; with a re-print in 2009.

We pray that Allah (SWT) would make it a Sadaqatu Jariyyah for him.

Biography Of Adam Zango Net Worth And How He Bacame Femous