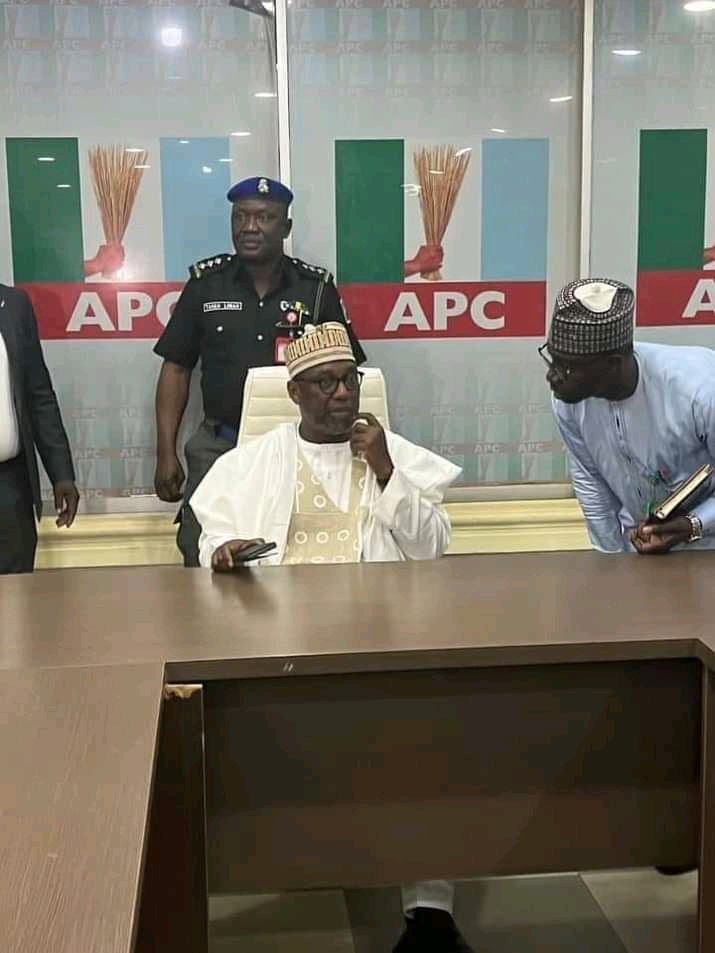 URGES THEM TO REMAIN LOYAL TO THE PARTY

The Governor of Niger State Abubakar and Acting Chairman CECPC of the Party, inaugurated the Chairmen and Secretaries of the sub-Committees at the National Secretariat of the Party in Abuja.

Sani Bello said the selection process was made based on the track records, experience and loyalty of the Committee members to the Party.

He urged them to exhibit same qualities towards the success of the National Convention.

The Acting Chairman APC CECPC pointed out that the names submitted for consideration in the Committees were reduced and urged those whose names were screened out to be patient and work with those selected for the task ahead.

” I know a lot of our Party faithful want to serve in one way or the other in various committees as their support or contribution, however, we must be mindful that everyone cannot be a member of the sub-committees”, he said.

He explained that names of other members of the Sub committees would be made public as soon as they were released to the Secretariat.

The ActingChairman CECPC of APC commended members of the CECPC for a job well done despite the limited time given to them.

According to him, “those of you who have been monitoring events at the National Secretariat, we have started frantic efforts to ensure that we get a hitch free Convention and we are equally making efforts to see that we reposition the Party towards successful elections in future”.

Some of the sub-committees inaugurated are Screening sub-ommittee with Katsina State Governor Aminu Bello Masari as Chairman and Barrister Emmanuel Chukwuemeka as Secretary.

The Media Sub-committee has the Nasarawa State Governor Abdullahi Sule as Chairman, Minister of Information and Culture Lai Mohammed as Co-chairman while Garba Shehu, Senior Special Assistant to the President on Media and Publicity will serve as the Secretary.

Responding on behalf of other members of the Committees, the Co-Chairman, Convention Conference sub-committee and Governor of Ekiti State, Dr. Kayode Fayemi pledged to carry out their tasks diligently for the success of the Convention and thanked the CECPC for finding them worthy of the assignments.

The event was attended by some top APC members including Governors of Zamfara, Jigawa and Ekiti states as well as former Senate President Chimaroke Nnamani.