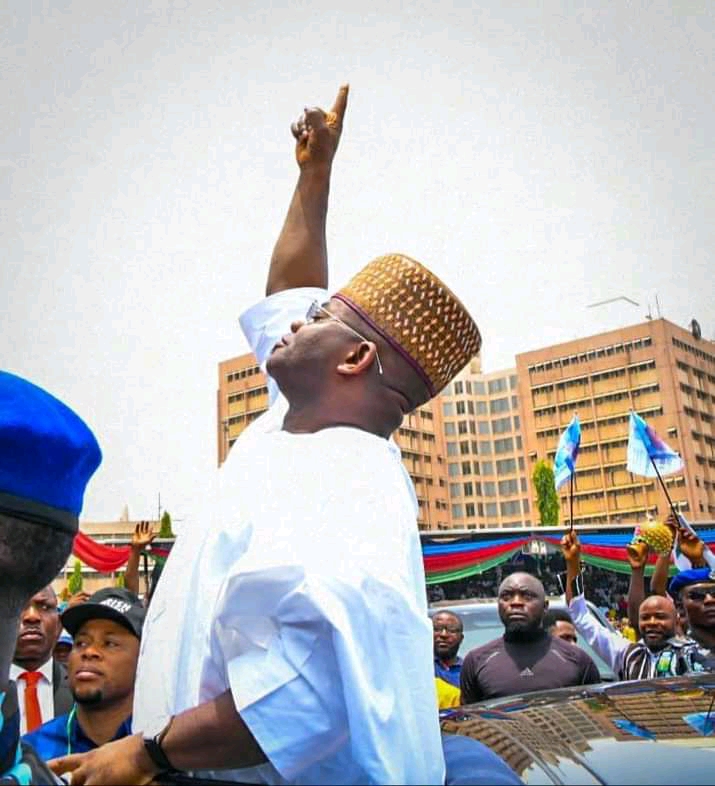 Yahaya Bello declared his intention to contest for 2023 presidential election

Gov. Yahaya Bello of Kogi on Saturday officially declared his intention to contest for 2023 presidential election and promised to end poverty by raising 20 million millionaires by 2030.

The News Agency of Nigeria (NAN) reports that Bello declared to run for President under the platform of the All Progressives Congress (APC).

He said that economy, security, peace, and unity would be his watchword as he works to create a nation where everyone is carried along regardless of religion or tribe.

According to him, the slogan of his campaign is ‘Hope, Bridging the Gap’ because all he wants to do is bring hope to the nation while bridging the gaps in politics.

“A Yahaya Bello Presidency will have an additional target of creating at least 20 million millionaires by the same year 2030, with the aim that each of them will employ or otherwise empower at least five other citizens.

In this regard, we are going to learn a lot from the South East.

“The apprenticeship model by which a boy, from an indigent or affluent background, is taken, trained, and turned into a millionaire businessman in as little as 10 years is one we have to understudy and invest in.

“Harvard University already studies it and the Nigerian Government must do no less.

I have personally observed that this model works on average 50 per cent of the time with at least five out of 10 boys who apprenticed with various Igbo friends of mine are millionaires today in their own rights. ‘’

Bello said he had a vision of an open Nigerian government and economy, inclusive, honesty, and managed to operate with a human face and transparent processes.

Bello promised to consolidate on the gains of President Muhammadu Buhari, adding that he would give more powers to governors over matters of security, public transportation, taxation, fiscal federalism, mineral, and agro resources, and electricity.

These are the legacies of Mr President, they will help the next president take longer and easier developmental strides, provided Nigerians make sure he is succeeded by one who is not out to discredit but to consolidate.