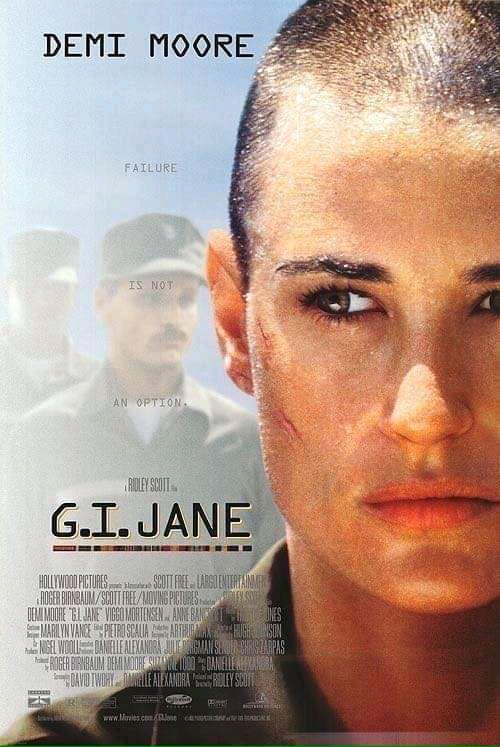 WE HAVE REDUCED ‘G.I. JANE’ FOR 25 YEARS, TO DEMI MOORE’S SHAVED HEAD

Chris Rock’s disastrous Oscar joke about the 1997 drama reinforced its status as a cultural punchline.

But at the time, the film was a flawed but fervent feminist statement and its star’s attempt to gain some respect as an actress

When Demi Moore did press for G.I. Jane, journalists couldn’t help but ask: What was it like to shave your head?

So I felt, actually, more just liberated by the time we got there.”