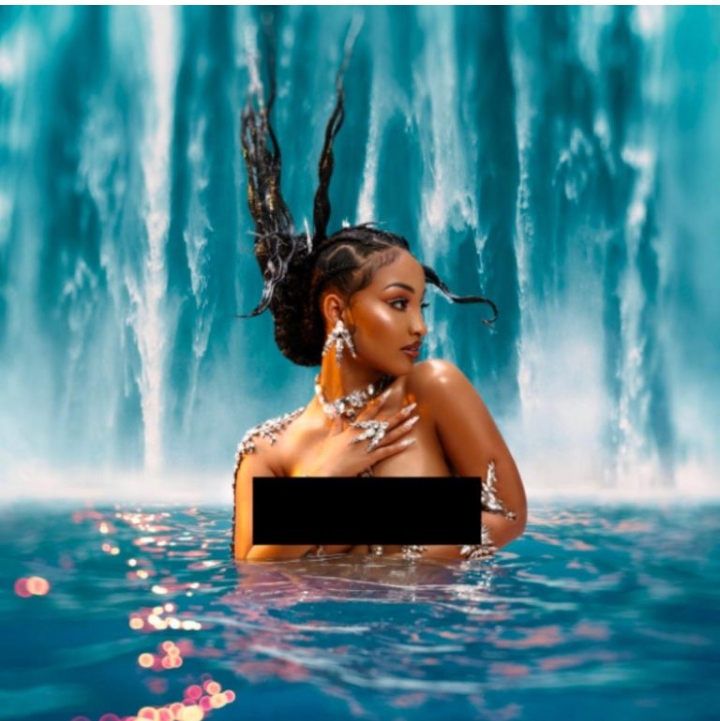 She has over five million followers on Instagram alone and has recently been named MTV’s Global Push Artist for the month of March, and it all developed before she released her debut studio album, Alpha. The singer has been making waves in the Dancehall circuit for years but now that she’s transitioning into the mainstream, Shenseea is tackling an entirely new ballgame. She recently released her Megan Thee Stallion-assisted single “Lick,” and its content caused a bit of a stir.

Following the release of “Lick,” Shenseea faced a wave of backlash for the sexualized imagery. We recently caught up with her for our Ladies First series where she explained why she embraces the negativity.
I like the negative comments, only because you know negativity reaches farther,” she said. “So, the more bad I get on my song, the further people get to see it, the longer it’s in people’s eyes because they just won’t forget it. But, at the end of the day, who’s name is being commented on? Shenseea. You feel me? I feel like that’s what I will always want. And also, the bad comments make me know what’s up and what next to do in the future. So, certain things in my music video, and the whole song actually, was a bit risky.”

Alpha hosts features from artists like Megan, Sean Paul, Tyga, Beenie Man, and Offset. Stream Alpha and let us know what you think. Make sure to also check out our interview with Shenseea—Ladies First: Shenseea On “Lick” Reactions, Transition To Mainstream & Megan Thee Stallion Relationship.